The members of the Foyers: priests and lay people living together in community for the new evangelisation

The members of the Foyers are baptised Christians — men and women — gathered around a priest, who is the father of the Foyer. In answering the call to commit their lives to the service of evangelising the world, they share their material, intellectual and spiritual goods and live in community, like the first Christians.

The members of a Foyer live according to the Gospel, as "Foyers of light, charity and love" for the world. Marthe Robin described them as "Foyers of Light" which offer consistent teaching on the fundamentals of the faith, "Foyers of charity" which are places of fraternal love between members and for all the retreatants, and "Foyers of Love" which bear witness to the Love received from God for all men.

Each Foyer de Charité is part of the diocesan Church and in communion with the universal Church. Since 1986, the Work of the Foyers de Charité has been recognised by the Pontifical Council for the Laity as an international association of the faithful of pontifical right.

The international deployment of a new inspiration for the world 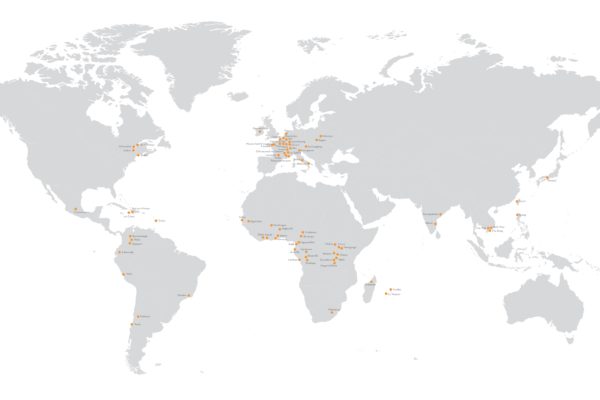 The Work of the Foyers de Charité is present in about forty countries to contribute to the evangelisation of the whole world.

The Foyers de Charité are the workers of a « New Pentecost of Love» : their purpose is to live out and bear witness to the love of Christ for everyone. Their mission is to revitalise and strengthen Christians in their faith, so that everyone can live out his vocation as a baptised Christian and contribute to the vitality of the Church in serving the whole world. And beyond the community of believers, the goal of the Foyers de Charité is to give all men the opportunity to meet Christ and to grow in humanity. Following in the footsteps of Marthe Robin, they want to "rekindle the love that is dying out in the world"…

The Work of the Foyers de Charité has spread throughout the world and, in 2017, has 76 Foyers, spread across 4 continents and 41 countries: Africa (27), America (15), Asia (9) and Europe (25, including 12 in France and the French overseas départements). It continues to grow, particularly in Southern Italy, Cameroon and the Democratic Republic of the Congo. Although the daily life of each Foyer is part of the local reality of the country where it is located, all the Foyers live in communion with each other, in the same spirit.

The historical and spiritual heart of the Work is the Foyer of Châteauneuf-de-Galaure.

The words of Christ to Marthe Robin, about the founding of the Foyers de Charité: Its creation will be the refuge for those in great distress that will come to draw consolation and hope from it... Countless sinners will come from all over, drawn by my Mother and by Me, to find the light and healing of their sorrows in my divine forgiveness. I want it to be a Foyer that radiates with Light, Charity, Love... the home of my heart open to all.