The Foyers of Charity, the foundation of a new work

The Foyers of Charity, the foundation of a new work

In union with Christ, Marthe Robin was completely convinced that she was called to create a new work to fulfil the needs of contemporary society. She was overwhelmed: how could God be speaking to her? How should she respond to such a call when she was paralysed?

The creation of a school in the village of Châteauneuf in 1934 was the first step in the fulfilment of the promise made by God... Marthe shared this inspiration with Fr Georges Finet, a priest from Lyon who came to visit her for the first time on 10 February 1936. After this, the first "Foyer de Charité" was founded within a few months. An adventure, led by Fr Finet and supported by the self-offering and prayer of Marthe, which would soon extend beyond French borders.
Read the story of the first years…

Rekindling the love that is dying out in the world

Marthe, who was becoming progressively paralysed, could no longer leave her small room on the family farm. The intensity of her spiritual life, however, brought her many consolations. Her life was transfigured by God, who called her to go further. Through his apparitions, Jesus gradually unveiled a plan that she felt was beyond her: He chose her for a great work whose centre would be at Châteauneuf-de-Galaure. 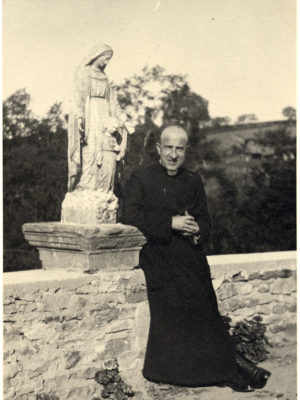 Let God be free to act in me… allow myself to be shaped by Him, my neighbour, by the events and by remaining humble, confident and obedient to God.

From 1930 onwards, Marthe began to use the expression "foyer of light and love"

In 1933, Christ went further still. He asked her to start founding a girls' school in the village immediately. Marthe wrote down the account of this apparition, in what would later be known as the "founding text":

It was then that he [Jesus] spoke to me about the splendid work he wanted to fulfil here to the glory of the Father, for the extension of his reign throughout the Church and for the regeneration of the whole world, through the religious instruction, which would be given there, and whose supernatural and divine action would extend throughout the universe...

Its creation will be a refuge for those in great distress that will come to draw consolation and hope from it... Countless sinners will come from all over drawn by my Mother and by Me to find the light and healing of their sorrows in my divine forgiveness. I want it to be a Foyer that radiates with Light, Charity, Love... the home of my heart open to all.

Founding stage: the prayers of the children

This work will be "something new".

To prepare people's hearts to receive the light of God, Jesus asked "that the first foundation stone should be laid without delay by creating a school for children and young girls which he promised he would fill with his love and divine protection, with the Blessed Virgin Mary; saying that the school would one day be one of the branches of the Work that would have a powerful radiating influence.”

Thanks to the help of Fr Faure, parish priest of the village, the school was opened in 1934 in the old château which overlooks Châteauneuf. Only seven children from the surrounding area attended the first school year in the building which was in very poor condition.

The prayers of the children, which are "all-powerful on the heart of God," said Marthe, was the foundation of the work of the Foyers de Charité, which would begin two years later in the village of Châteauneuf-de-Galaure.

It is by the prayers of the children that a foyer is founded. Thanks to their prayers, all the great works of God can begin.

"I am still moved by the fact that the foyers started with the school." (Marthe talking to the year 10 class) 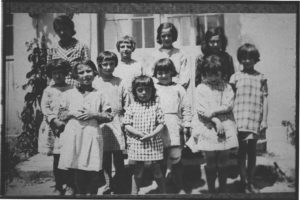 A crucial meeting with Fr Georges Finet on 10 February 1936

On that day, Fr Georges Finet travelled from Lyon to Châteauneuf-de-Galaure. He brought a picture to Marthe of the Virgin Mary (known as "Mary Mediatrix of all graces") that she wanted for the pupils of the school. He owned a car, which was very uncommon at that time; this is why a friend of Marthe thought of him so that he could transport the painting.

When Fr Finet entered Marthe's room, she was extremely moved: she recognised him, she had already "seen" him twice, spiritually. For a long time, she had been praying for him.

Jesus had already spoken to Marthe about this priest in 1933: "The priest that I am preparing for the creation of the Work and for its immense growth will be an apostle with a powerful influence. Moreover, he will achieve some amazing victories and many unexpected conversions.”

As always, the way God prepares peoples' hearts and the events is a gradual process.

The meeting in the farm of "La Plaine" between Marthe and Fr Finet lasted three hours. During the first hour, they spoke about Blessed Virgin Mary: "I was overwhelmed by the way she talked about Our Lady. She referred to her as her mummy dear. I assumed that they must know each other well." (Fr Finet)

During the second hour, they discussed the Church and the political events in France. Marthe was well acquainted with the state of her troubled country, and prayed for its conversion: "The good Lord will intervene through the Blessed Virgin Mary and the Holy Spirit: it will be the new Pentecost." The Church will "be totally rejuvenated by the apostolate of the laity. The laity will have a very important role to play in the Church…"

Marthe then spoke about the Foyers of light, of charity and of love: "It will be something new in the Church.”

At the third hour, the conversation suddenly took a different turn: Marthe gave Fr Finet a request from God... the adventure of the Foyers of Charity had begun! 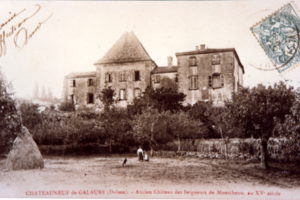 [The Church will] be totally rejuvenated by the apostolate of the laity. The laity will have a very important role to play in the Church...